THE Penang Island City Council (MBPP) has embarked on a ‘search and destroy’ mission to eradicate the breeding of Aedes mosquitoes as well as to stop the spread of chikungunya infections.

According to MBPP assistant environmental health officer Rafi Sharma Mohd Nor Manoharan, the squads comprising relevant members from various departments of the council are going all out to clean up public spaces and residential areas in George Town.

“Our mission is focused on George Town whereby we have identified 14 to 15 localities that are high risk and each day our teams will go to the different places.

“The squads will be going as far as an 800-meter radius to clear up the potential breeding grounds for the Aedes mosquitoes. Manpower from various departments is a plus point for us as it will help us to stretch the radius of our operation.

“Since July 16, we have collected enormous amount of waste such as plastic containers. We hope that by the end of our mission on July 29, the prevalence of chikungunya and dengue cases will subside,” said Rafi, who is also the head of the operation.

Rafi added that apart from the search and destroy mission, the council, through its anti-dengue teams, has also been consistently carrying out fogging activities in the hotspots.

“The operation that we have launched involves the killing of mosquitoes in larvae stages, but we should also eradicate the adult mosquitoes without which we will not be able to bring down the number of cases.

“In the evenings, the council’s anti-dengue teams will be fogging the hotspots according to their weekly schedule,’’ added Rafi.

Some 200 workers from MBPP’s ‘search and destroy’ mission squad gathered at the Armenian Park in George Town as early as 7.30am today to carry out their work.

Meanwhile, Komtar state assemblyman Teh Lai Heng, who was also present to give support to the squad, commended the proactive step taken by the council.

“I would like to thank the whole team here; your contribution is significant in our fight against dengue and chikungunya cases.

“The public also should play an important role in curbing the disease by preventing their homes from becoming breeding grounds for Aedes,’’ said Teh.

According to the council’s health inspector (Vector Unit) Muhd Naim Zaini, the most effective way to control the situation was to destroy the dengue and chikugunya breeding sites.

He added that there were also a few potential sites that were also destroyed.

“We have received a report that a resident nearby had been infected with dengue recently.

“So far, all the owners of the premises nearby have given their fullest cooperation to us,” he told Buletin Mutiara. 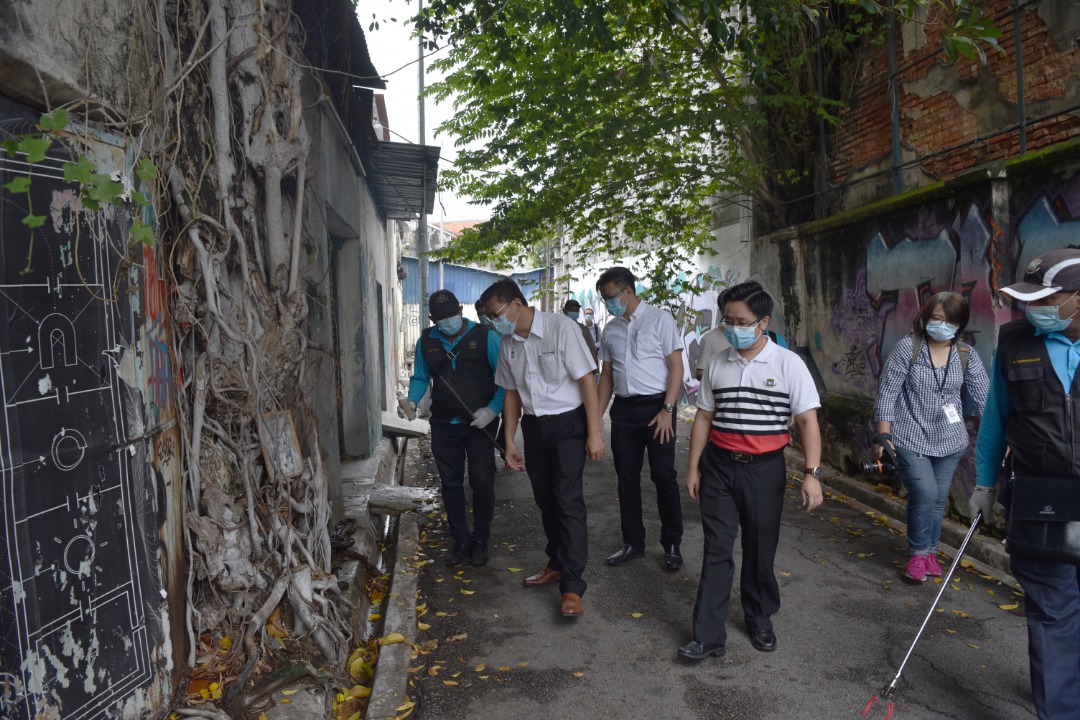