THE Penang government continues to assist the small and medium-sized enterprises (SMEs) in the state with the introduction of ‘PEKA PKS 3.0’, which is the interest-free loan scheme launched in October this year.

The programme was initiated by the state government to help ease the financial burden of SMEs, primarily those who have lost their source of income during the implementation of the movement control order 3.0 (MCO 3.0).

“The loan application, which was done online, was open earlier from Oct 7 till Oct 29. It was managed by the Penang Development Corporation (PDC).

“This includes the moratorium period of six months.

“The recipients will start receiving their payment starting from today until January 2022,” Abdul Halim said during his speech at the PEKA PKS 3.0 briefing session held at the Pearl View Hotel today.

Abdul Halim said the state government has allocated RM5 million for the ‘PEKA PKS 3.0’ loan scheme and hopes it would help the SMEs to bounce back in their businesses.

“We (state government) understand the hardships that all of you had to go through due to the implementation of the MCO 3.0 in January.

“Thus, we hope that the loan offered under the ‘PEKA PKS 3.0’ would help to revive your businesses.

“The state government will do its best to help revive the livelihoods of the SME traders,”he added. 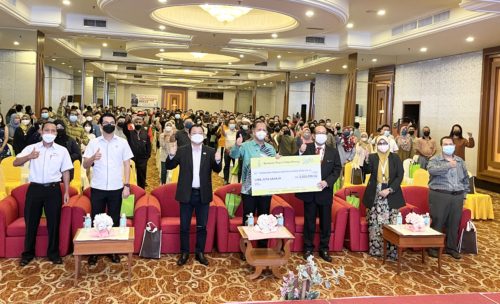