IT can be quite uncomfortable for the Penang Island City Council (MBPP) officers from the cycling patrol unit when they do their enforcement rounds under a sweltering sun.

So, it must have come as a relief for them when MBPP mayor Datuk Yew Tung Seang launched the Electric Bicycle Patrol Unit in front of City Hall at the Esplanade today.

“We launched a patrol bicycle team a few years ago. Because of our weather, it could be sweaty for them when they use conventional bicycles to carry out their duties. I just tested the pedal-assist electric bicycle and even though I was wearing a long-sleeved shirt and tie, I don’t perspire.”

The total cost of the 10 pedal-assist E-bikes, which are manufactured locally by Volton Malaysia, is RM54,000. Made of aluminium alloy, each bicycle has a nine-speed Shimano gear transmission and is equipped with accessories, including a GPS trip recorder which will record the users’ movements and detect their locations.

“I understand the Penang police will be getting 20 units of the bicycles and we will collaborate with them. The MBPP electric patrol bicycle unit will initially concentrate on George Town.

“We want to encourage more residents to use bicycles and tourists to use facilities, like the link-bikes. This is in line with the state’s vision to go green and be a smart city,” said Yew.

“Ours is not the throttle-assist type. Ours is approved by the government and we have obtained the MS (Malaysian Standard) 2514 certification.

“If fully assisted, the e-bike can go 86km. If set at 20% assist, the bicycle can take the rider to a distance of 200km. We had no problems cycling round Penang island, which covers about 85km,” said Tan.

He added that other parties like the police, Alor Setar and Subang Jaya municipalities, are also showing interest to obtain the pedal-assist electric bicycles.

Tan said Volton, whose factory is in Sungai Petani, is also exporting the e-Bikes to European countries.

It has received grants from Ministry of Science, Technology and Information (Mosti) and Malaysian Technoloy Development Corporation (MTDC), and is funded by Kumpulan Modal Perdana, a venture capital company wholly owned by the Ministry of Finance. 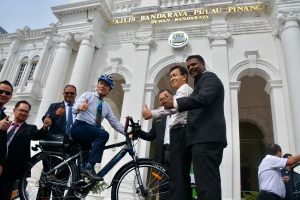 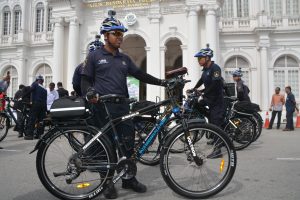 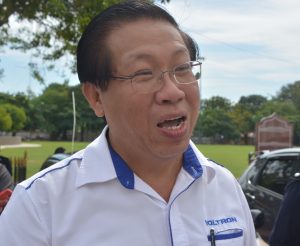 AirAsia looks forward to expanding its business in Penang