PENANG has loosened the housing requirements in an effort to attract and retain talents in the state.

Chief Minister Chow Kon Yeow said those who are working in Penang could register for the state’s affordable housing programme.

However, he did not elaborate the details of the new housing requirements.

Chong expressed Intel’s hope to work with the Penang government to attract and retain talents in the state.

Chow and Chong also discussed other matters during the meeting.

Among them were the possibility of setting up childcare and senior citizen centres, as well as matters concerning the Penang Future Foundation.

“We hope that the state can set up child care and senior citizen care centres so that working couples can return to work with ease of mind,” Chong said.

Chow said that the Penang government was currently working on policies or incentives to assist working couples or parents.

Meanwhile, Intel expressed its readiness to further discuss with the state on attracting and retaining talents under the Penang Future Foundation, which is a state’s scholarship programme.

“The Penang plant is Intel’s first offshore plant. With the strong support from government agencies such as InvestPenang, we have managed to have a dynamic working ties with the state,” Chong said. 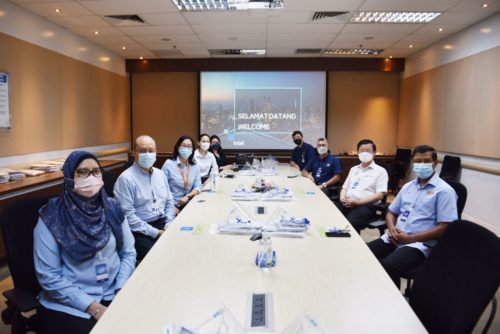