He said it would be a ‘blueprint’ to ensure the development of the tourism sector in a systematic manner.

The plan, he said, was a proactive and optimistic way to hasten the sector’s recovery amid the Covid-19 pandemic.

“The Penang government believes that the state’s tourism master plan will be an important element for the state to bring in more foreign investments in the tourism sector.

“It is also in line with our Penang2030 vision and I hope other sectors will have their respective plans as well.

“I hope that all the programmes and initiatives under the tourism master plan will be well received by the government agencies,” Chow said in his speech before officially launching the Penang Tourism Master Plan 2021-2030 at St Giles The Wembley Hotel today.

Chow added that Penang had implemented many initiatives to assist various industry players during the pandemic.

He congratulated the state Tourism and Creative Economy Committee chairman Yeoh Soon Hin, his office (PETACE), and all the consultants for successfully coming out with the master plan.

“We need to accept the reality that the tourism sector is now adapting to a new norm.

“I believe every stakeholder or even tourist needs to adhere to the standard operating procedures (SOPs) that are imposed at all places of attractions.

“The launching of this master plan is timely, especially when the tourism sector is considered one of the most important sectors for the state.”

Yeoh, who was present, said this was a remarkable achievement for Penang to assist the tourism sector.

He said prior to the master plan being finalised, several dialogues, discussions and forums were held.

“Such approach was important to ensure the views and feedback from various stakeholders were be taken into account.

“The master plan is an effort to expand tourism impact to Balik Pulau and Seberang Perai, apart from George Town.

“I would like to express my gratitude to everyone who had contributed their efforts,” Yeoh said. 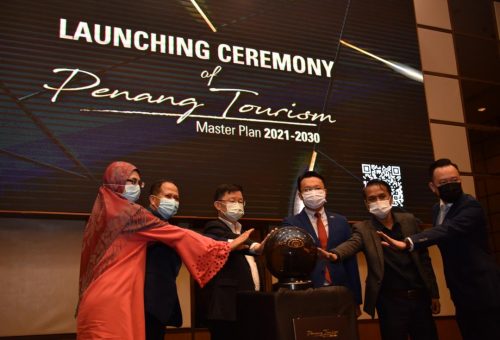