THE Penang government, through the Penang Chief Minister’s Incorporated (CMI), has appointed the project consultants to work on the components of the Gurney Wharf project.

The appointment was made following the advice by the project management office of the Gurney Wharf project – Tanjung Pinang Development Sdn Bhd (TPD).

TPD is a subsidiary of Eastern & Oriental Berhad.

In accordance to the Concession Agreement inked between the state and TPD, the company is to reclaim, at its own cost, and hand over 131.09 acres of reclaimed land along the Gurney Drive foreshore to the Penang government by December 2022.

The Penang government has earmarked a seafront public park called Gurney Wharf, which spans close to 40 acres, within the 131.09 acres of the Gurney Drive foreshore land.

“Today, we witnessed the consultant agreement signing ceremony between the appointed consultants and the Penang government, which is the land and the project owner.

“The respective consultants will soon be calling for tenders to appoint contractors to build the components of the Gurney Wharf project that have been approved by the Penang government,” Chow told a press conference in Komtar today.

Chow said the physical work on the project components is scheduled to begin in the second half of next year.

“The Gurney Wharf development is estimated to cost around RM176 million and is scheduled to be completed by December 2023. During this challenging period, we hope to get a competitive price and achieve the best result,” Chow said.

Meanwhile, TPD has handed over 90.07 acres of the Gurney Drive foreshore land to the Penang government as of May this year.

Chow said the reclamation work for the 131.09-acre Gurney Drive foreshore project which includes the government reserve was completed in September last year (2019).

“TPD will continue to hand over the remaining land in stages,” Chow said.

Chow added: “In line with the aspiration of the state in realising the Penang2030 vision, we have agreed to collaborate with TPD and all the prominent consultants to improve liveability, upgrade the economy and empower the community.

“We are proud to propose a master plan concept for the creation of a new iconic waterfront destination in Penang. Drawing inspiration from some of the world’s best public spaces, we aspire to create a spacious waterfront public park in the city that is international in standard and Penang in spirit.”

“Having obtained the Detailed Environmental Impact Assessment (DEIA) approvals in April 2014, the reclamation works for the 131.09 acres of Gurney Drive foreshore and government reserve was undertaken by TPD at its own cost.

“The reclamation work started in December 2016 and completed in September last year.

“By providing the project management office service on a pro bono basis, Gurney Wharf forms the most significant and meaningful contribution by E&O in our long-standing history of corporate social responsibility programmes,” he said. 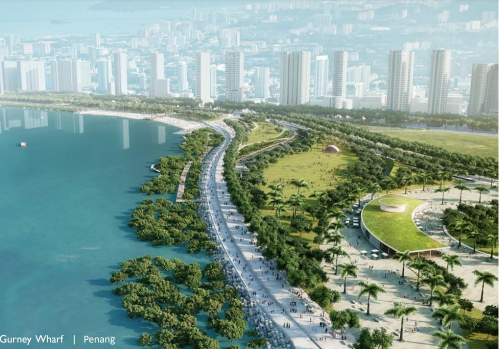 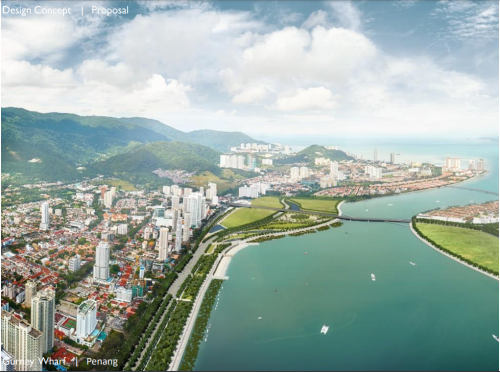